The Ted. K. Bradshaw Memorial Graduate Alumni Award is granted each year by the Community Development Graduate Group of the University of California, Davis. This prestigious award honors an alumnus of the program who exemplifies the passion, humanity, and devotion for community empowerment with which Ted endowed his life as well as his academic and professional career. This award recognizes an early or mid-career alumnus who has demonstrated both academic excellence as well as the creative and skillful pursuit of social justice in California and beyond. For Ted, serving as a mentor to his students was central to his sense of professional and personal mission and it gave him great pleasure to be able to pass the torch to the following generations of community development scholars and practitioners. It is to honor Ted and to echo the encouragement he provided for countless students and colleagues, that the Community Development Graduate Group has established this award.

The 2017 Ted K. Bradshaw Memorial Alumnus Award is made to Katie Valenzuela-Garcia. 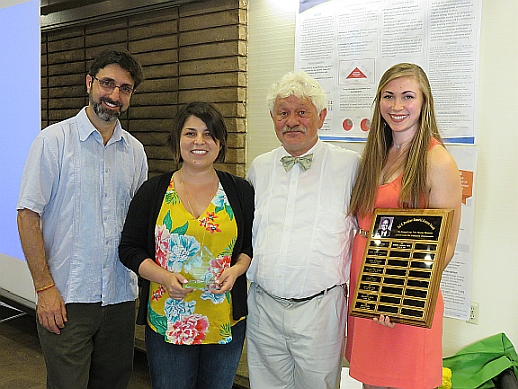 While at UC Davis, Katie played a lead role in helping to establish the Center for Regional Change, and has continued to be a close and valued partner on numerous projects and initiatives. Katie has pursued her passions for environmental justice with leadership roles in organizations such as the Sacramento Housing Alliance, Ubuntu Green, Breathe California, and until recently, as founder and principal of VG consulting where she worked on environmental justice, climate change and community empowerment initiatives. This work allowed her to partner with advocates and community groups to advance systems change. She also served on the Environmental Justice Advisory Committee for the California air Resources Board. Not content to pursue social justice as a day job, Katie also has spearheaded the development of a Sacramento Neighborhood Association network, working on issues such as urban agriculture, affordable housing, banking, and other key issues. Katie is now the Principal Consultant for the Joint Legislative Committee on Climate Change Policies and works for Assemblymember Eduardo Garcia, a champion of environmental justice. 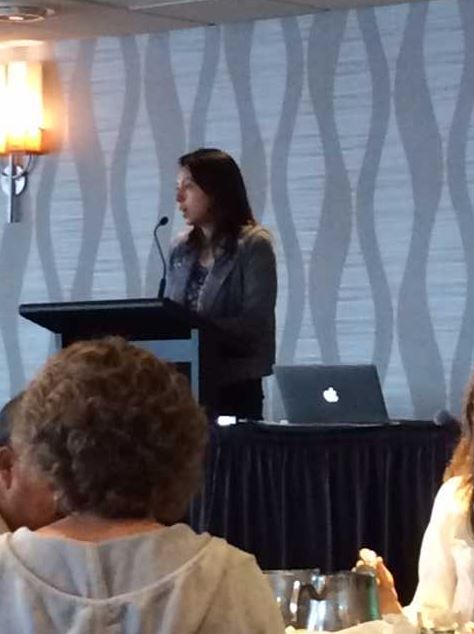 Bernadette Austin has spent her life committed to creating healthy, sustainable communities. Over the course of her career, she has participated in the development of 20 residential and mixed-use projects, resulting in over 2,000 deed-restricted affordable housing units and 10,000 square feet of commercial space. In 2013 the Sacramento Business Journal recognized her with a 40 Under 40 award, and in 2014 the Urban Land Institute awarded her a Women's Leadership Initiative Scholarship. As project manager for Domus Development, Bernadette is responsible for managing the predevelopment, financing, construction, and commercial leasing of residential and mixed-use properties. Prior to joining Domus, she spent five years working in public finance and real estate development at the Sacramento Housing and Redevelopment Agency. The portfolio of projects she has managed have earned notable distinctions, including Sacramento's first true transit-oriented development, the first redevelopment project in Sacramento to be financed following the statewide dissolution of tax increment financing, and the first project in the country to implement a program combining housing vouchers and independent living support services for disabled adults. Her projects have received distinguished accolades from the U.S. Environmental Protection Agency, Sacramento Area Council of Governments, Sacramento Regional Transit, Pacific Coast Builders Conference, and Sacramento Business Journal. Bernadette was appointed to the West Sacramento Planning Commission in 2014 and previously served as Chair of the Parks and Community Services Commission. During her tenure, she has provided guidance on the General Plan Update, West Sacramento Recreation Center, West Sacramento Community Center, Clarksburg Branch Line Trail, Sycamore Trail, extension of the Riverwalk Park Trail, and several new parks, including two in the Bridge District. An active member of the Urban Land Institute, she is a founding member and Co-Chair of the Women's Leadership Initiative and serves on the Young Leaders Group Executive Committee. In its inaugural year, the Women's Leadership Initiative contributed to increasing the number of female members by 23% due in large part to the convening of all-female panels of experts in the areas of policy, health, arts and culture, sustainability and transportation, and professional development. Bernadette has served on leadership boards for a number of local nonprofit organizations, including Alchemist Community Development Corporation, Sacramento ENRICHES, Rooftop Alliance, the School of the Sacramento Ballet, Sacramento Valley Council of the California Council of Parent Participation Nursery Schools, and James Marshall Parent Participation Nursery School. Bernadette holds a Master of Science degree in Community Development from UC Davis and a Bachelor of Science degree in Community Health from St. Mary's College of California. Bernadette is an avid runner and bike commuter who lives in West Sacramento with her husband and two young children.

Since graduating from our program, Deb has become a widely sought after organizational and community development consultant, engaged in facilitation, training, and research. The extensive and impressive portfolio of her work is available on the website of her consulting organization, Converge CRT: http://convergecrt.com/index.html. Converge is dedicated to creating social change and improved health. Her approach—rooted in concepts like asset-based community development and community-based participatory research that she learned in our graduate program—has led to successful projects with a wide range of influential clients in the Sacramento Region and around the state.

Since completing her campus residency, Ms. Singh-Khaira has insisted on the need to engage our most marginalized populations in identifying and transforming the conditions that constrain their communities, and compelled the state to support such activity.  Her efforts and successes to-date brilliantly reflect the values to which Ted devoted his career, and we are confident that her future endeavors will inspire pride in all affiliates of the UC Davis Community Development Department.

Darryl Rutherford was born and raised in Springville, CA, a foothill community known as a gateway to the Sequoia Mountains and the Golden Trout Wilderness. Darryl earned a BA in Social and Behavioral Sciences from CSU Monterey Bay and a MS in Community Development from the University of California at Davis. Since his time at UC Davis, he has worked as a Senior Research & GIS Analyst with Community Services Planning Council in Sacramento and as an affordable housing advocate with the California Coalition for Rural Housing, providing public policy research and analysis, on-site training and technical assistance to both local governments and grassroots community-based organizations focused on issues related to affordable housing. In September of 2008, Darryl joined the Community Development Department of the Federal Reserve Bank of San Francisco as the Regional Manager for the San Joaquin Valley in Central California where he is charged with acting as a catalyst in a variety of community & economic development processes. He provides technical assistance and training on community development initiatives and programs. His primary initiatives include rural community development, affordable housing, neighborhood revitalization, asset building, small business development and access to financial services.

Leticia Mariana Jauregui Casanueva was born and raised in Mexico city and received a BA in economics and a BA in international relations from the Instituto Tecnologico Autonomo de Mexico. Leticia completed an MS in Community Development and an MS in Agricultural Economics from UC Davis. She has presented her work on remittances and female micro enterprise development at the Wharton Scool of Business, the Institute for Mexicans Abroad, the OAS and the OECD, amongst others. She was selected as one of the top social entrepreneurs of the world by Echoing Green, being awarded their 2008 Fellowship, and is a 2009 Architect of the Future from the waldzell institute. She was also a 2009 Latin America Finalist of the Cartier Women's Initiative Awards. She was selected as a 2010 StartingBloc Fellow. In 2008 I founded Crea, a Mexican non-profit where she is currently the Executive Director. Crea trains and advises low-income female entrepreneurs to grow their businesses, generate jobs and open new distribution channels for their products. Their mission is to generate employment opportunities in Mexico. To date, they have worked with close to 200 women and our programs have directly benefitted them and their families, reaching almost 1,000 individuals in more than 15 communities in rural Zacatecas, Mexico. 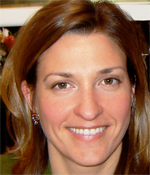 Sharon is a project director and facilitator specializing in complex policy change initiatives. As the Executive Director of the California EDGE Campaign, Sharon has helped to elevate workforce skills as a critical issue facing California. Prior to EDGE, Sharon was a senior project manager at Valley Vision where she facilitated a network of ten organizations working to improve health care systems serving Hmong communities from Fresno to Sacramento.

Huntsman received a M.S. in Community Development from UC Davis. Her research centered on evaluating the impact of training civic leaders in collaboration skills. In 2003, Sharon received the Sacramento League of Women Voters Anne Rudin Scholarship for her commitment to informed participation in public policy. She received her undergraduate degree from University of California at Santa Cruz with highest honors in Politics.